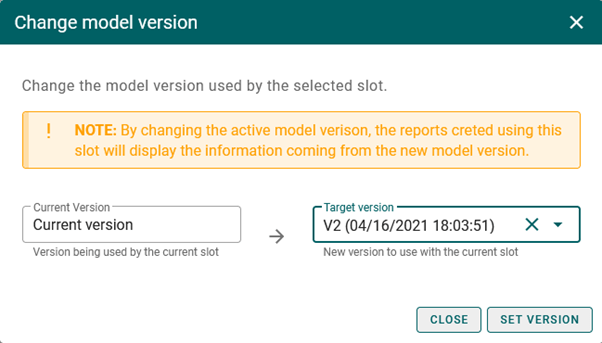 BIM files often seem like living things, especially when using them during the initial phases of a project, they may undergo numerous updates. If we want to be able to monitor and report on these “living things” we must have an easy way to update our model information in our reports.

Let’s have a look at how Vcad for BIM 360® can turn this complex operation into a simple and fast task.

In this article we will be assuming we already have a model in Autodesk BIM 360® with multiple versions, and that one of these versions has been imported into Vcad for BIM 360®, in our example it will be Version 1.

If you need more information on how to setup a Vcad for BIM 360® account or how to import a model into Vcad, please have a look at some of our other articles. 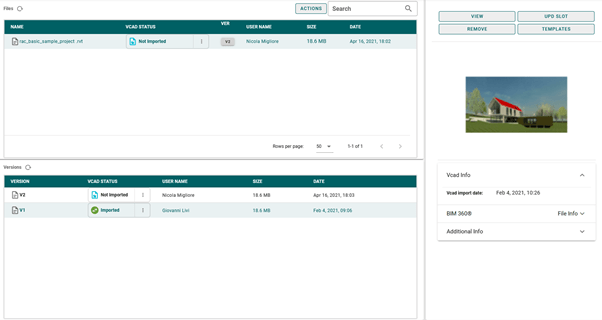 We will also be assuming we have downloaded a Power BI template based on the imported V1, and that we have altered the template as desired and saved it as a Power BI report.

In other words, in our example we have a Vcad slot which is being occupied by V1 of our model and we have created a PBI report which is using this Vcad slot. We have also created a V2 of our model, within Autodesk BIM 360 and we wish to start using the new version in our PBI report.

First thing we need to do is identify the version that is occupying the slot we wish to update. Then we will select the version and review the available actions.

We are interested in the UPD SLOT (Update Slot) action. This action will allow us to start using a different version of the model within our slot.

REMINDER: The Vcad slot is what the Power BI report communicates with to retrieve BIM data and render the model.

We are now presented with the version selection popup, this will allow us to select the new version to use from all the available version of the model which are not being used by other slots.

Confirming the action will begin the process of clearing the information used by the slot and importing the new version in place of the old one.

Once the file import has been completed this should be our new situation: V1 of our model in now in the “Not Imported” status, while V2 is now “Imported”. 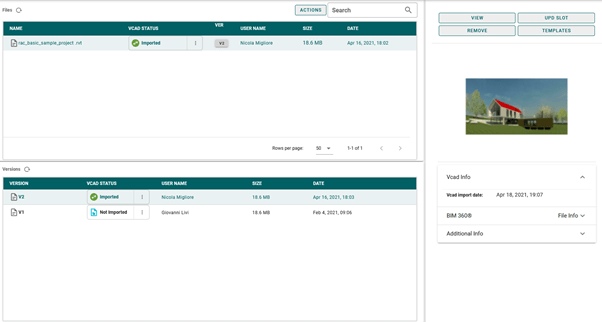 Now we must update the Power BI report to use the latest BIM data and model. To do so, we must open the report and refresh its dataset by using the Refresh command.

Power BI will begin reloading the data coming from the Vcad slot and load the new version of the model to render in the Vcad custom visual. 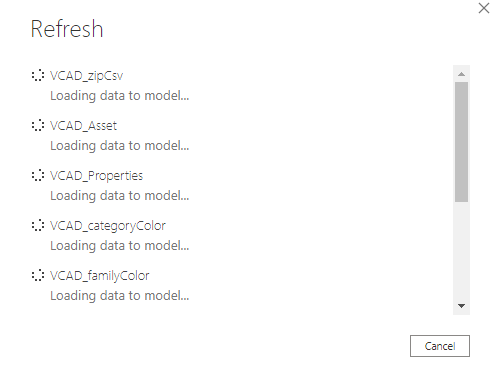 Using Vcad for BIM 360®, updating reports to use different versions of BIM files is easy and convenient.

This simple task may become part of your routine and, depending on how you work, can be a good start of your week or day. Vcad for ACC is the integration between Autodesk Construction Cloud© (and BIM360) and the Vcad...

END_OF_DOCUMENT_TOKEN_TO_BE_REPLACED 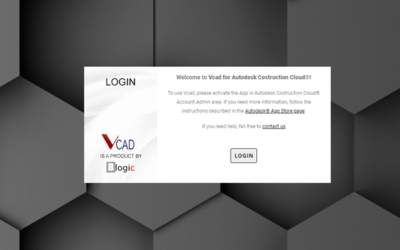 Vcad for ACC: architecture and storage

Vcad for ACC is the integration between Autodesk Construction Cloud® and the Vcad platform.It...

END_OF_DOCUMENT_TOKEN_TO_BE_REPLACED 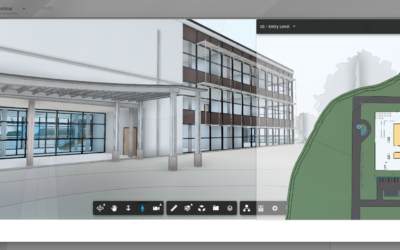 The new version of Vcad for ACC has been released.Vcad for ACC is the integration between Autodesk...